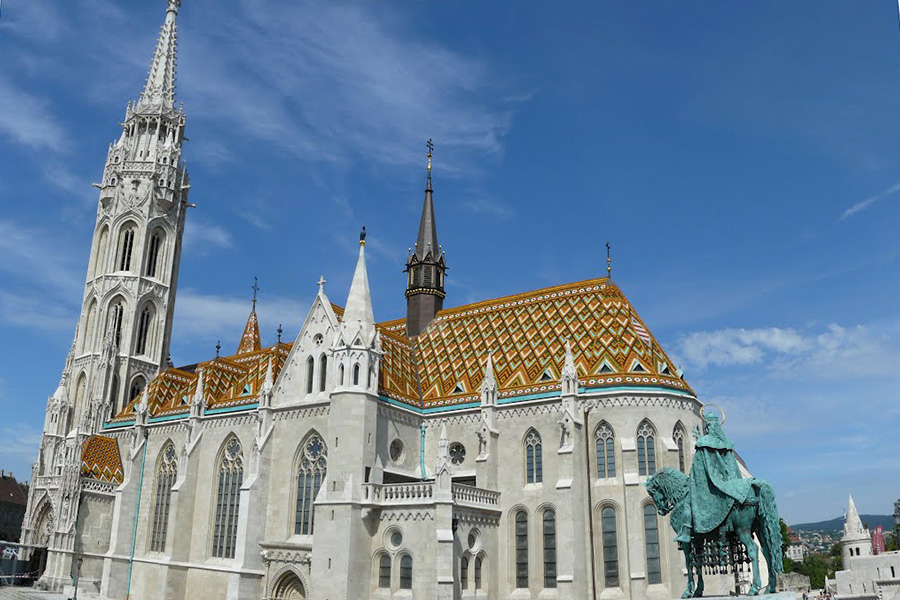 3-Hour tour Buda Castle: a Kingdom of Many Nations

Two buildings stand out on Castle Hill, the oldest part of Budapest, known for its narrow and cobbled streets and its baroque and gothic facades: the massive and imposing palace on the southern tip of the hill and the colored roof of Matthias Church in the middle, with its rank steeple pointing towards the heavens.

We start our tour at the palace, the ancient seat of royal power. It was rebuilt, extended, changed, burned down and rebuilt again several times over and it got its current eclectic appearances only after World War II. The first to build on Castle Hill was King Béla IV. He erected a fortress on this spot around 1250 after a devastating invasion by Mongolian hordes. Renaissance King Matthias made it into the most famous court in Europe at the end of the 15th century. Then came the Turkish pasha’s who ruled the country for over 150 years from here, followed by a succession of Hapsburg emperors.

Walking past the Presidential Palace and the National Dance Theatre, we enter the Castle Hill residential district. The modern wars suffered by Hungary did not pass unnoticed here. This part of town, too, was completely destroyed at least twice; once when Hapsburg­led troops retook it from the Turks in 1686 and again when the Russians crushed the besieged troops of Nazi­Germany in 1945. It was lovingly rebuilt in the 1950s and 60s.

A highlight of the tour is Matthias Church with its abundantly decorated roof and amazing interior. In many ways, this church is not what it seems; to begin with, it is not old. It is, in fact, a very finely executed neo­gothic reconstruction fantasy from the end of the 19th as is the romantic Fisherman’s Bastion at its feet. Nevertheless, it is a strikingly beautiful building. For most of the 19th cultures, populated as it was by the majority Germans, but also by Serbs, Hungarians, Turks, and Jews. The remnants of a Middle Age synagogue and a monument for the last Turkish pasha who ruled Buda still bear witness to that multi­ethnic past.

Along the way, you’ll also pass numerous town palaces and visit one of them, the house of an 18th century pharmacist’s family. Here, you can also see the extensive damage caused by the siege of Buda in the first months of 1945, when German troops and their allies were hiding out in the cellars and caves under Castle Hill. We drop by the hidden garden of an interesting gallery, see two wooden hussars and the stone statue of a hussar who conquered Berlin – if only for a few days – and come along a drainage pipe that has to do with the Cold War. You’ll also hear about the mythical Turul bird, the genius baron and his amazing chess machine, and the reason why the bells of Catholic churches chime routinely at midday. Our tour ends at the Vienna Gate, from where you can see all the way to Obuda (Old Buda), where the Romans founded the city then called Aquincum. 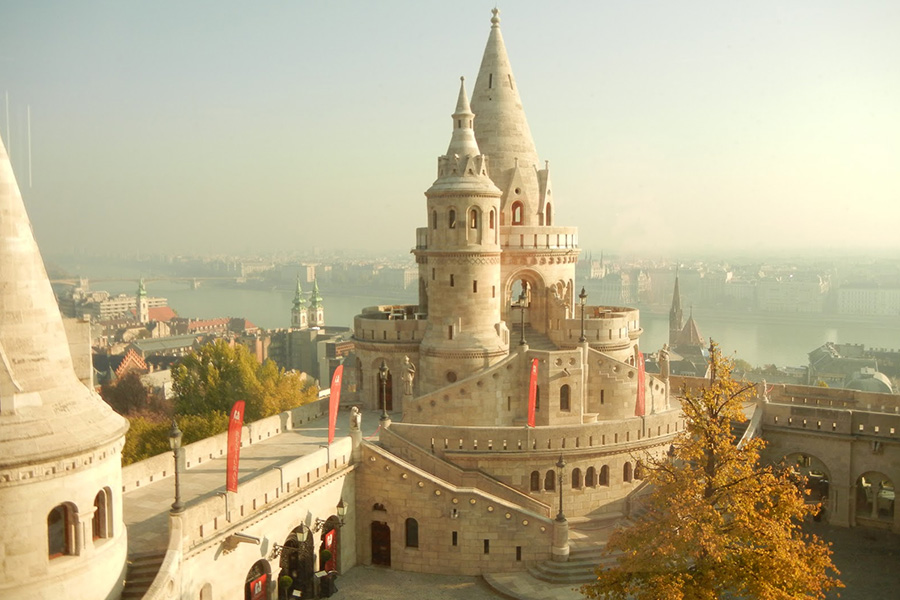 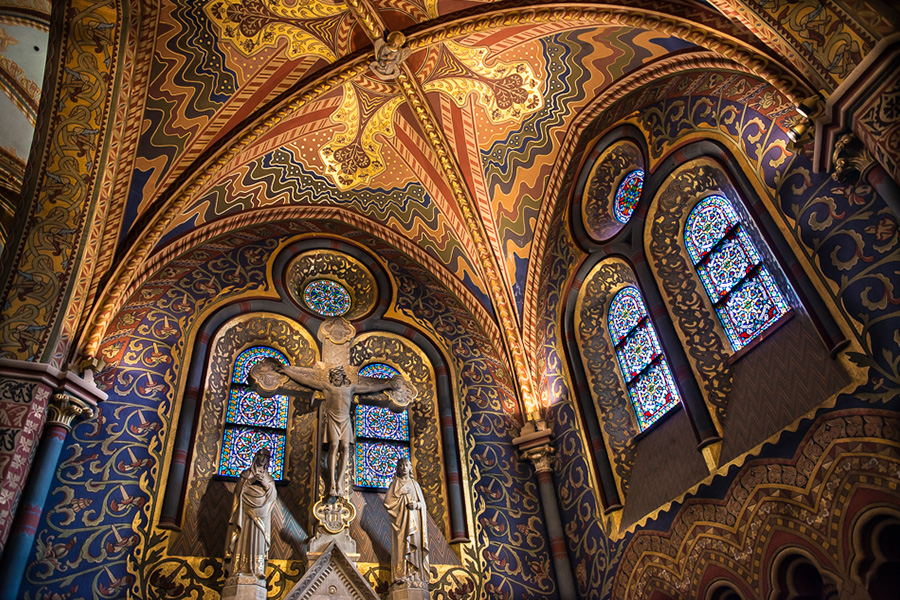 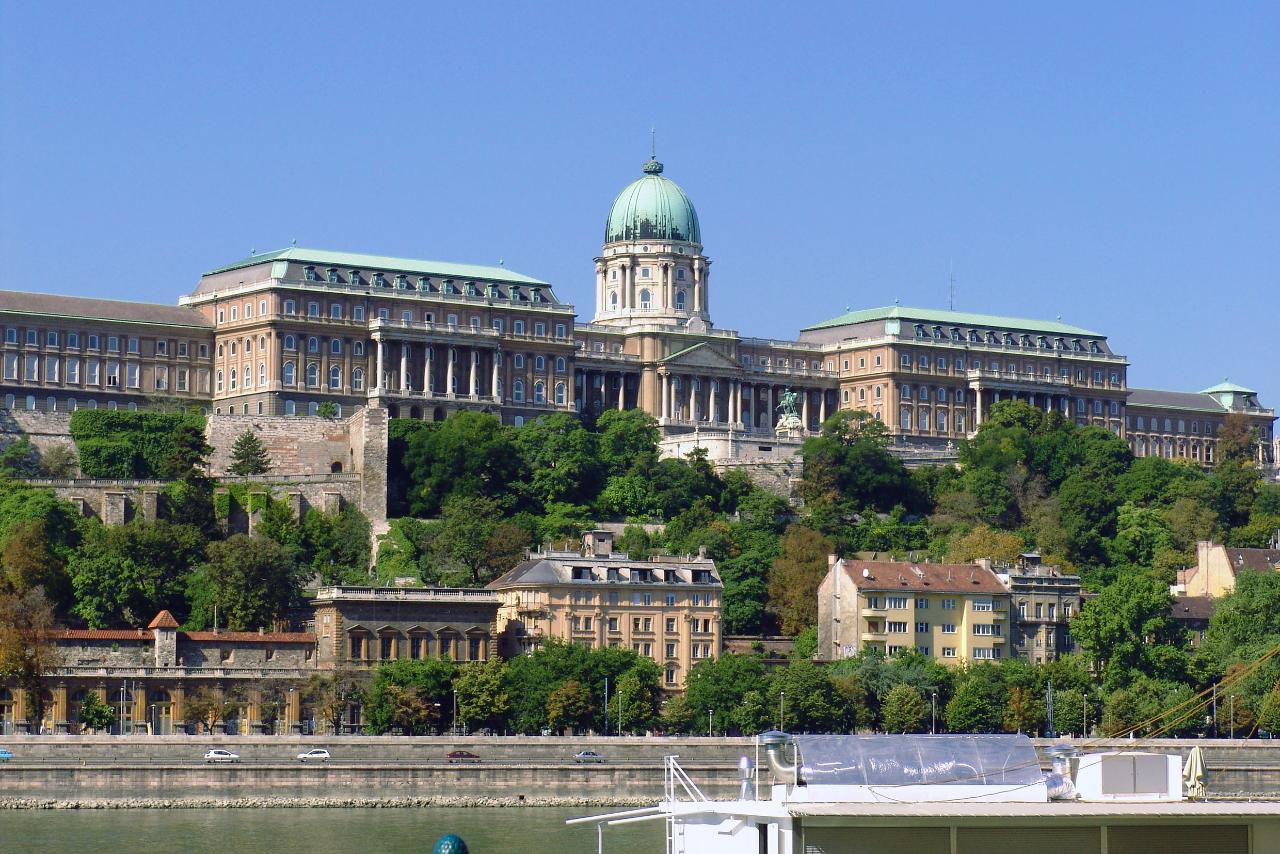