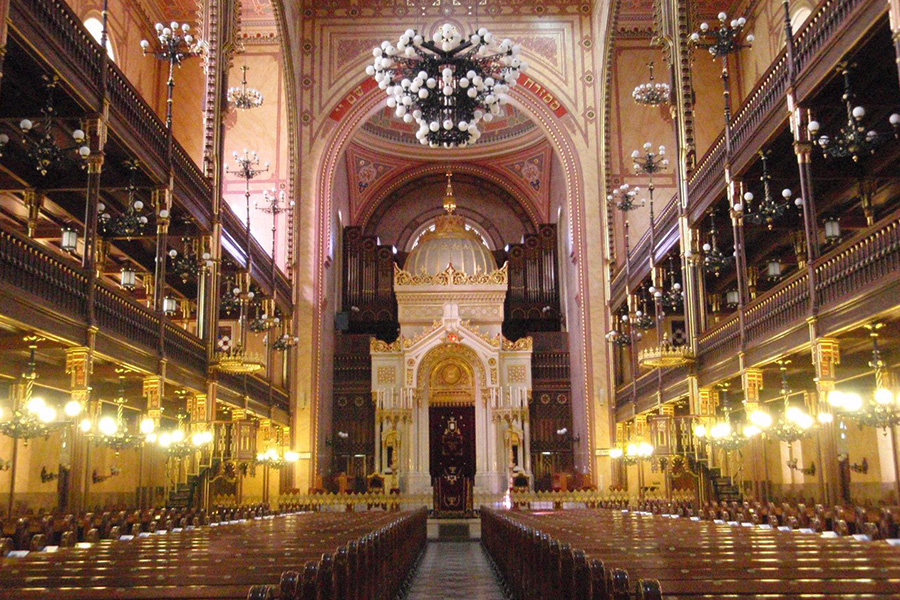 A Journey through Jewish Budapest

To grasp the dynamic experience of what Jewish culture and everyday life in Budapest meant is challenging enterprise. The term ‘Jewish Budapest’ can serve as synonym at once for anti­Jewish sentiment, upper­class lifestyle and poverty. Jewish Budapest is much more than the Jewish district and Dohány Street Synagogue that most walking tours present to visitors. Even to appreciate these standard sights, we need to consider the alternative Jewish experiences in a city where Jews number ¼ of the population before WWII and where the Jewish presence endured for 1000 years.

Major sites of this walk can include:

As a non­European medieval dynasty, the Árpáds, rulers of the Kingdom of Hungary between the 10th and 14thcenturies, had surprisingly tolerant attitude towards the Jews in their midst, who lived alongside the Magyars right from the time of arrival of these nomadic tribes into the Carpathian basin. From 1100 to 1200, there was continuous Jewish settlement side by side with the emergence of Buda Castle Hill as the center of political power. Archival reconstructions conducted just a few years ago can give us an exciting glimpse of remnants of the synagogue that was built here by the city’s Medieval Jewish community.

Until 1844, a long outdated feudal legislation prevented Jews from buying property in the city of Pest or Buda, subsequently they were obliged to leave the borders of the twin cities by sunset every day. As a logical consequence, the economic and cultural wealth accumulated by Hungarian Jews centered around the third township, Óbuda (in German: Altofen). The impressive classicist synagogue, built and consecrated in 1821 was a proof of the affluence and influence of the contemporary Altofen community, and continues to be a strong early mark of the strong Jewish community that flourished in Hungary in the following decades.

Optional stopover: Frankel Leó Road Synagogue (eclectic small synagogue, one of the most active communities in post 1989 Hungary, hidden in a house courtyard, built in 1880)

After the civic emancipation of Hungary’s Jews (1868), Pest­Buda began a surprisingly swift trabsition into a unified and modern city (renamed Budapest after its official unification in 1873). The Lipótváros district emerged as the city’s new financial center, with grandiose banks, the Pest Stock Exchange. The formation of a Jewish upper­class bourgeoisie is encapsulated in the Dohány Synagogue (1859), the greatest Jewish place of worship in Europe, and the building that inspired Manhattan’s Central Syangogue.

(Optional: New York Café, once a bustling hub of Hungarian literary and fine-arts figures, many of them of Jewish origin, still operational.)

Tours of Budapest’s Jewish history often ignore the Jewish immigrants/underclass. But in fact the majority of Budapest’s Jewish population lived the VII.­VIII. districts as a small and European­style humble lower class. A significant influx of Eastern Jewish refugees during the First World War created new centers that were very different from the opulent neighborhoods of established Hungarian Jews. We can visit small Hasidic shtibls and Sephardic­rite prayer­houses which still surround the market where peddlers, petty­ traders operated during the interwar period. Although the peculiar Jewish life of the area has mostly disappeared since WWII, the informed visitor can still get a sense of the community that once made a home here.

Until 1943 Jews of Budapest were in a relatively protected position compared to Eastern European Jews in general or Hungarian Jews elsewhere. Yet in October 1944, with the rest of the city’s citizens, they endured a Soviet siege, the Nazi and Hungarian Arrow Cross mass killings, and the coldest winter of the war. Due to international diplomat’s rescue missions, and the comparably fast advance of the Soviet Army, the devastation – though terrible – was not complete. The two ghettos of Budapest in the XIII. and VII. districts offer a direct connection to the events. As an addition, the lovely neighborhood of Újlipótváros allows us to peer into the lifestyle of mostly assimilated Jewish upper middle class from the interwar and postwar periods. 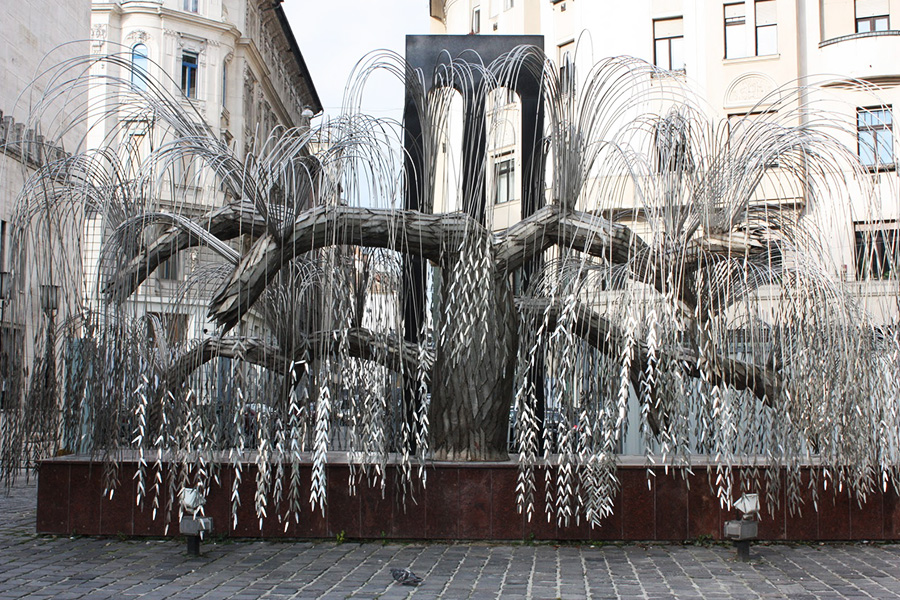 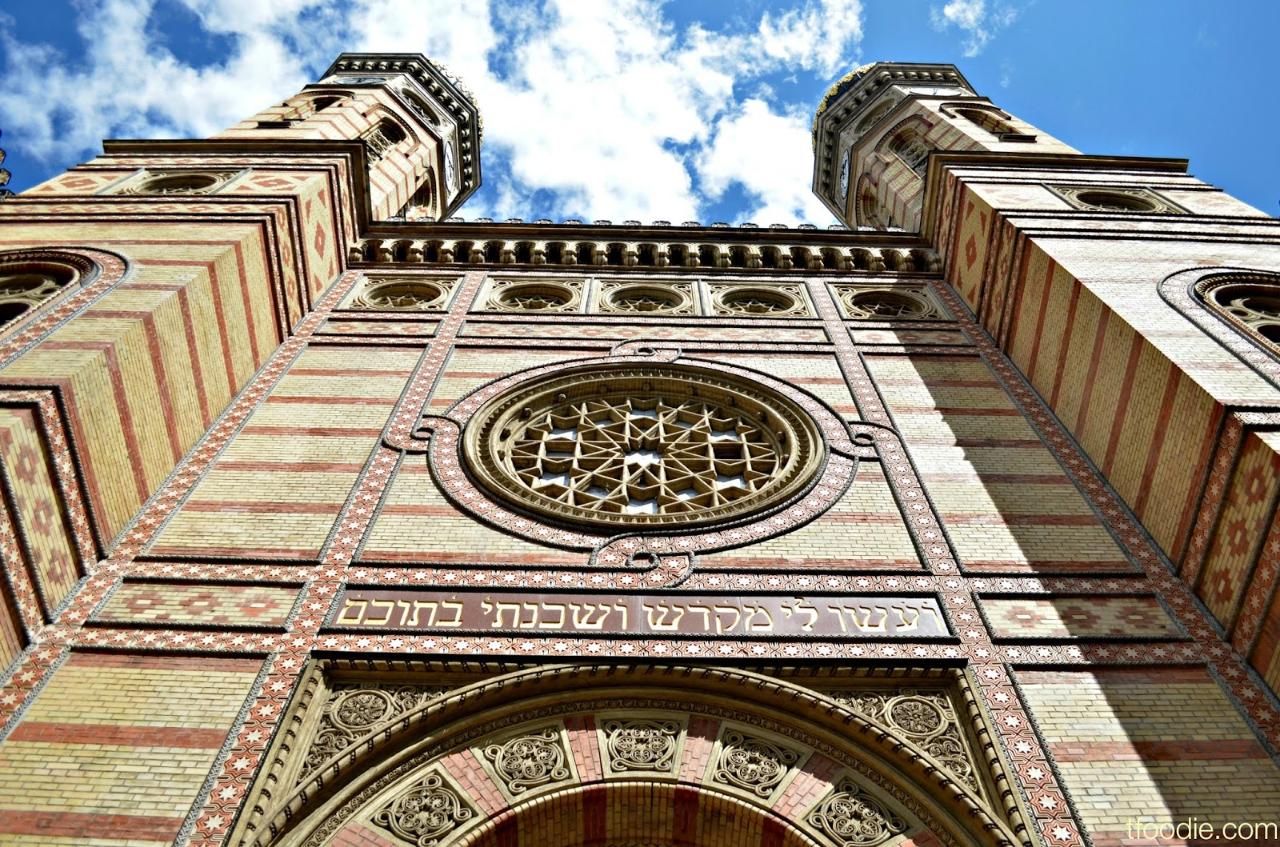