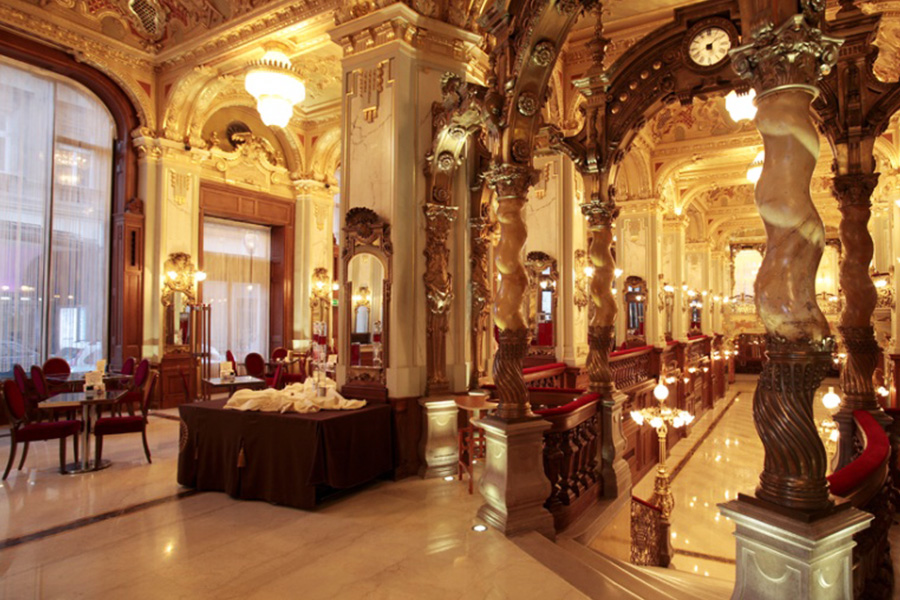 Cafe Wandering: Private Excursion through the Literature and History of Budapest

To have the experience of sitting in one of the cafe houses in Budapest and sipping your coffee with a lovely cake or pogácsa is a journey back in the heroic age, when Budapest was a flourishing, vivid and thriving city of Europe, full of life, ambition and excitement.

This tour is dedicated to the masterpieces of Hungarian architecture as well as poets, artists and writers who created the most remarkable pieces of Hungarian literature from the second half of 19th until the first half of 20th century, most of them habitués of the cafe houses.

Unfortunately, during communism many cafes were closed, altered or even ruined so as to prevent people from forming a conspiracy of any kind, a censorship, which, in turn, destroyed a whole urbane Budapest culture of social gathering, spiritual and culinary refreshment and the lively exchange of views.  As a result of this, we will see only a few of the originals cafes in the city, as well as ones that were modeled after them in the past century and which still give a rich impression of Budapest’s café esprit.

Our 3 hour walk starts at Vorosmarthy square, in the heart of the city.   Our first cafe already gives us a deeper insight into the ambiance of Imperial Budapest. The Gerbaud with its exquisite interior, and more than 100 years of history, served as a central social hub for both tourists and locals during the late 19th century.

From Gerbaud we take the tram by the Danube to the Central Cafe, a space so dignified that it epitomizes what the cafe house culture really meant during the 19th century pinnacle of the Habsburg Empire’s economic and cultural power. The “scenery”, the delicate decor, the delicious meals, the delightful desserts and refreshing drinks give us a full taste of the atmosphere of a bygone culture’s social rituals.

Next (and within walking distance), we move the Museum Café, in operation since 1885.  Prominent clientele were regularly entered in the guest book, now a historical document, including the names of many Members of Parliament, distinguished writers, and famous Hungarian actors. The lavish walls are covered in tiles from the world-famous Zsolnay porcelain works.  Another unique feature is the grand 19th century Venetian mirror.

After yet another short walk, we come to the Urania Cafe on Rakoczi street, which houses the oldest Film Theatre in the city, and which is famous for its lectures given by prominent intellectuals before large audiences of Budapest cosmopolitans.

From here we will walk towards Blaha Lujza tér, on the big boulevard to reach our next sight, the elegant New York Cafe, one of the most beautiful Cafe Houses in the world. We end our walking tour sitting down for a coffee and cake in the Muvesz Cafe on Andrassy Boulevard, near the Opera House, hoping to catch a glimpse of the city’s celebrity actors and actresses, who regularly patronize the venue during their rehearsal breaks from the nearby Budapest Broadway. 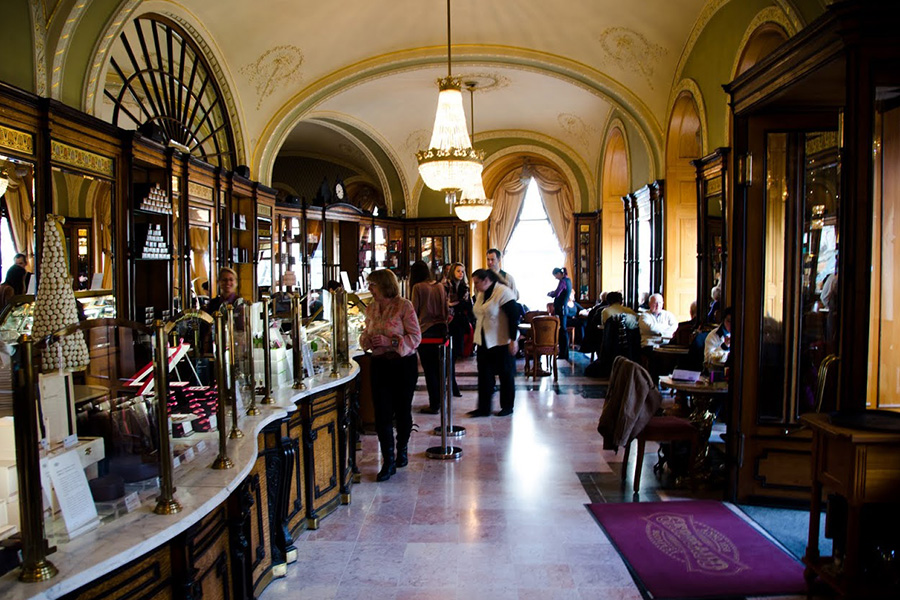 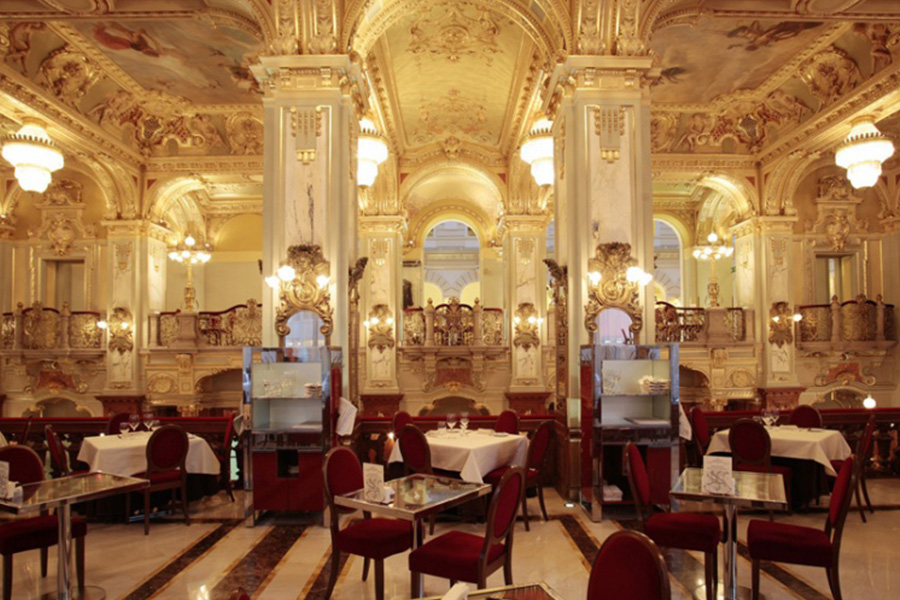 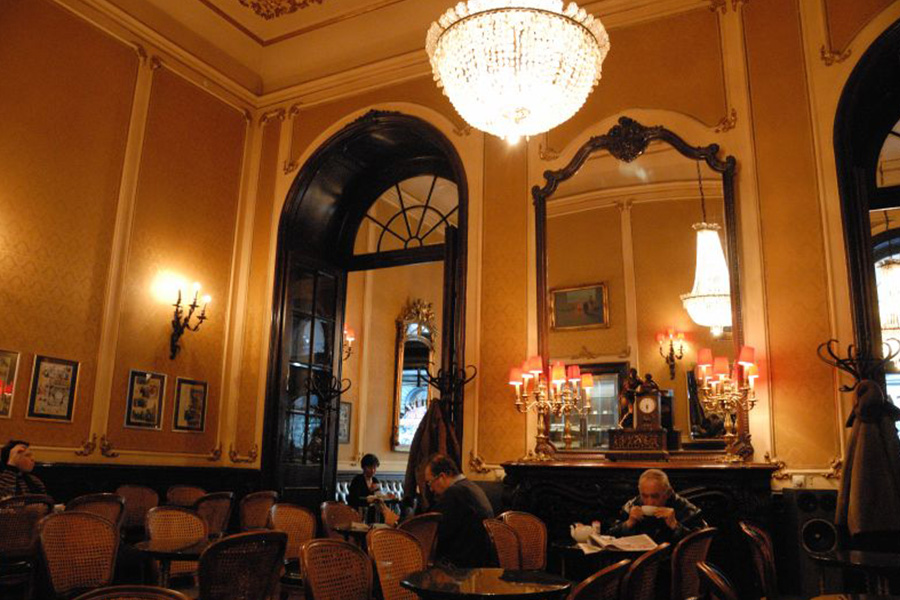 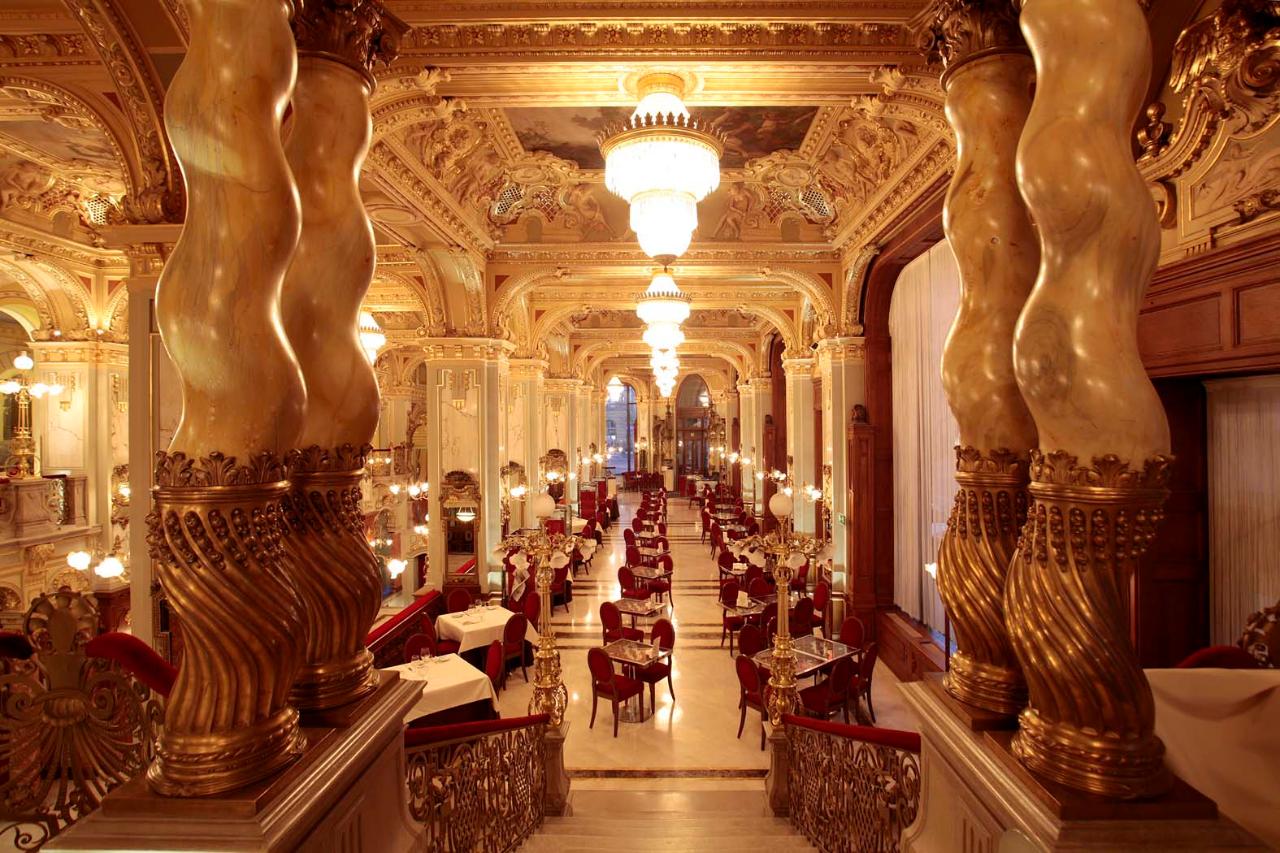